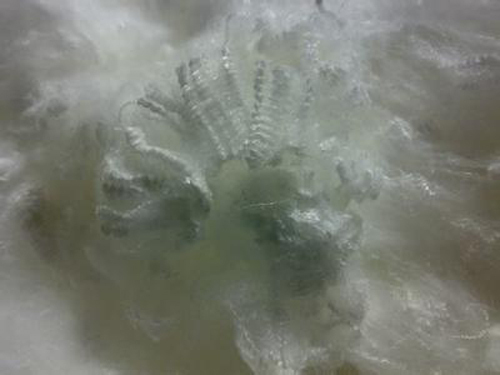 Zhang Youding, head of the synthetic fiber division of Sinopecâ€™s sales office, said on Thursday that in the past ten years, Chinaâ€™s polyester polyester industry has benefited from the rapid growth of GDP and the accelerating acceleration of exports as a result of WTO accession, but the future demand for polyester will increase. In the mid-to-low-speed new normal, it is expected that the average annual growth rate of China's polyester demand will decline to around 4%-5% from 2015 to 2020.

Zhang Youding said that the reasons for the slowdown in demand for polyester fibers are from the internal point of view. They mainly include: China's economic development and the slowdown of GDP growth; the improvement of peopleâ€™s living standards will have a higher demand for quality, and will contribute to the improvement of textile and apparel consumption. Will weaken; China is entering an aging society, the per capita spending power of the elderly population decline.

From the outside, he said that mainly because the international environment to promote export growth has changed, the world economy has entered a period of profound transformation and adjustment from the pre-crisis rapid development period; international trade protectionism has risen; the world's new population is mainly concentrated In developing countries such as Southeast Asia and Africa, where the temperature is relatively high, the use of demand will be limited. The world textile industry will begin to exhibit a new round of industrial transfer from northeast Asia to Southeast Asia and will accelerate gradually.

Speaking of this year's situation, Zhang Youding said that there were experts at the beginning of the year who believed that 2014 was a worthy year for the textile industry. However, the industry has changed its view and believe that the polyester industry does not need to look forward to demand this year and can only focus on reducing supply. .

According to the data he showed, in the first half of this year, the average loading rate of polyester equipment in China was about 75%; the operating rate of bottle-grade chips, polyester staple fiber, and polyester filament devices declined in different degrees compared to 2013, in which filaments started. The rate dropped significantly, and the operating rate of slice spinning remained at 3-4 percent.